What a Year It Was!

Not a Piece of Cake 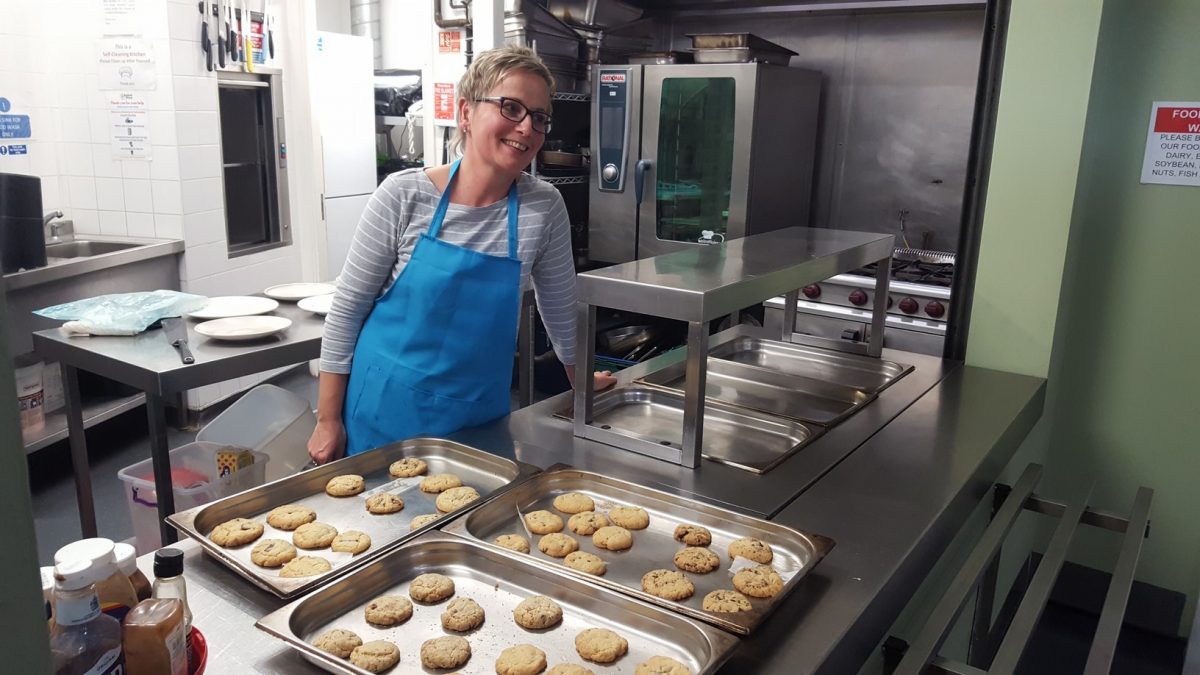 I’m not quite sure how we‘re already half-way through January. Through the after Christmas slump as my friend cynically calls this time of the year. We’re all daylight, vitamin D and cash deficient… Possibly a couple of pounds heavier. Nevertheless, every year I stubbornly refuse to give in to two things in the dreaded January: winter blues and new year’s resolutions. Are you thinking it’s a bit too late for the latter anyway? Even better!

Since the new year’s resolutions have never worked for me, I decided a long time ago to look back on the year that just ended instead. Take stock. Was it a good year or a really tough one? The kind of year I’d like to lock in the darkest and least accessible part of my brain and not once remember? What kind of mistakes I wouldn’t want to make again? What have I learnt? What am I thankful for? And finally, the most difficult question for someone who tries to live by the saying “you make the bed you lie in” – what events of the past year were really the results of my own doing and which ones were totally out of my control? What do I let go of and what do I improve? 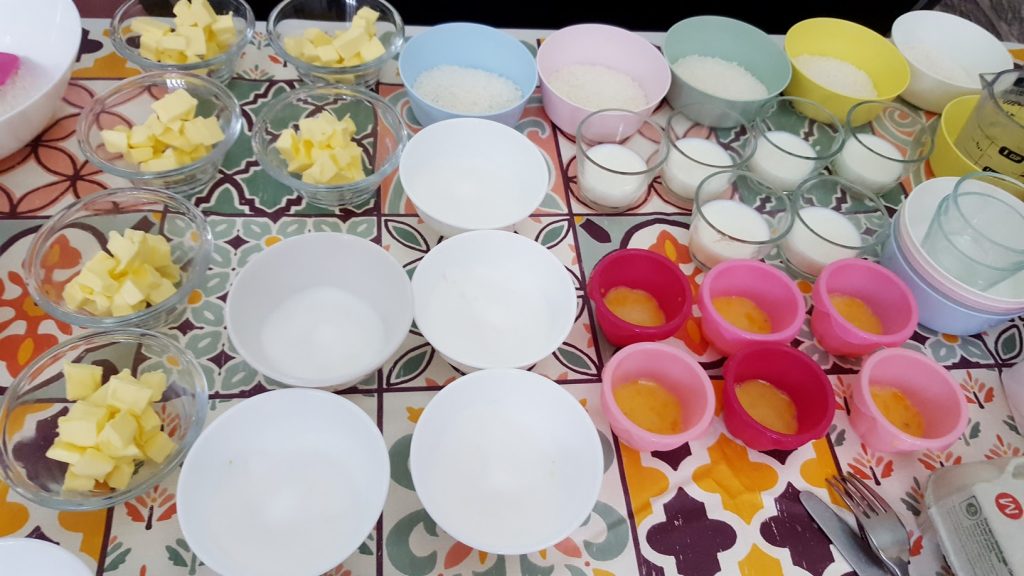 I’m delighted to say that equally 2018 and 2019 were absolutely incredible years for me, probably the happiest years of my life so far. I sold my business, got married and together with my husband went on a 6-month backpacking trip to Asia. All of the above required several months of meticulous preparation. Up until we boarded a plane to Delhi my life resembled a full-on emotional roller coaster. Sometimes it felt like I was being taken from one mission full of endless to-do-lists straight to another by some invisible, giant force! I often dreamt of trying to escape from a flooded city – a dream, or shall I say more of a nightmare I’ve had regularly since early childhood. As much as the changes I was making in my life were very exciting, they were also terrifying in the equal measure. Yet once I managed to swim up to the very top of that ridiculously high, almost Tsunami-like, horrifying wave, I decided to stay on it and let it take me wherever it felt like.

When I was in the midst of the very stressful sale of my business and all of my carefully thought-out plans for the future were being repeatedly postponed, I would close my eyes, fast forward several months and imagine myself and my husband sitting in some café in India drinking chai. Lazy hot afternoon, just him and me, London life left behind, no thoughts, no worries, just …chai. Hold on to that image, I would tell my noisy mind, calm down, you’ll be drinking that chai soon and then you’ll look back and say “I DID IT”! When the chai scenario did happen eventually about 10 months later, I looked at my delicious, milky masala tea (still partly in disbelief), congratulated myself and I must admit words can’t describe how bloody GOOD it felt! 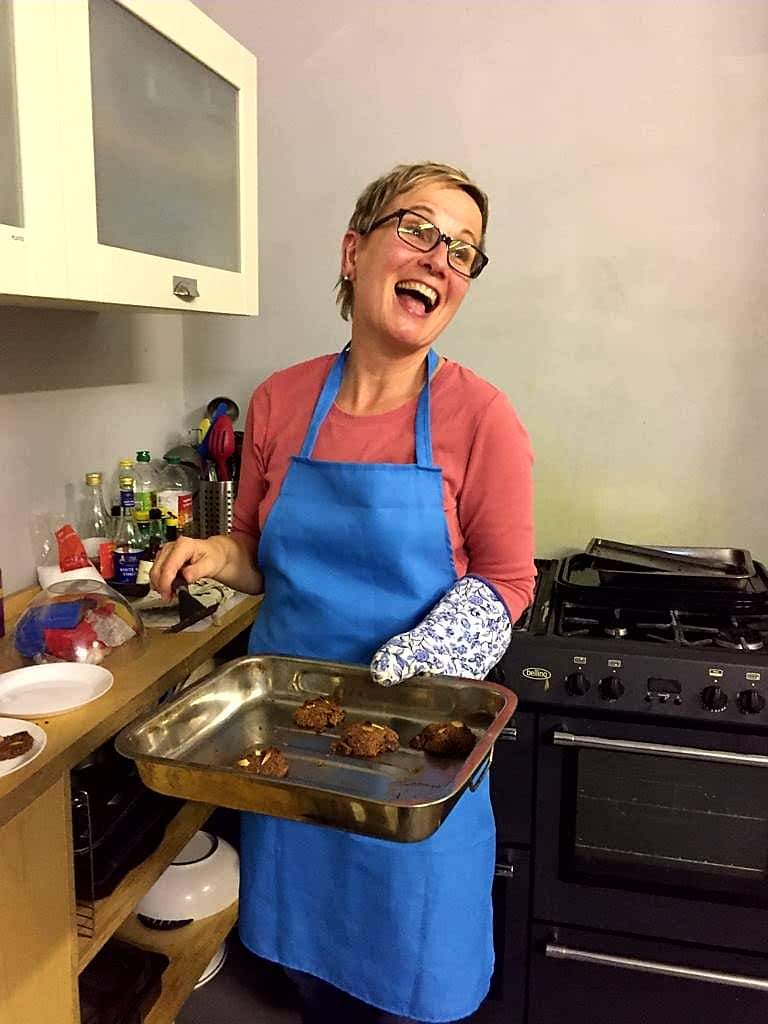 A year later, here we are. It’s January 2020 and I’ve been running Rise and Shine for almost five months. (I wrote about the launch and my ups and downs in another blog post “Not a Piece of Cake”.) Those past few months have been a truly amazing journey. I started working with a charity sector to which I’ve been drawn for a while. I’ve made contacts with new organisations. I’ve been volunteering with some of them doing my best to give back to my local community but also learning how they operate.

I’ve met many new people – passionate, creative and hard-working managers, project co-ordinators, receptionists, fundraisers, project workers, cooks, volunteers and placement students. Teams of devoted individuals who are changing people’s lives right on our doorstep. Most importantly I’ve met the very people whose every-day lives are directly affected by the work those charities do. I feel very lucky to be a small part of their mission. Baking Irish soda bread with 90-year olds and reminiscing about our childhood showed me again how baking brings people together. Seeing how beating eggs with sugar can literally prevent a sudden anxiety attack from escalating and how it can gradually calm someone down was priceless. The list of similar examples goes on.

Every time I bake with my community groups I leave glowing and grinning from ear to ear. I’ve said it many times before and will say it again – baking is therapeutic. The wellbeing benefits of baking have been well researched in recent years and it is now well accepted that focusing on such a task can help alleviate stress, anxiety and depression. Watching my bakers smiling and connecting with others, learning different baking methods or perhaps just having a bit of a quiet time to themselves is incredibly rewarding.

My children’s classes are a great example of what a wonderful mindfulness exercise baking is. Their ability to be completely in the moment, switch off, not to worry about flour on the floor or butter in their hair is something which we should all aim for. Simply be and don’t think. The added bonus is a delicious treat you just made; win-win on all fronts! 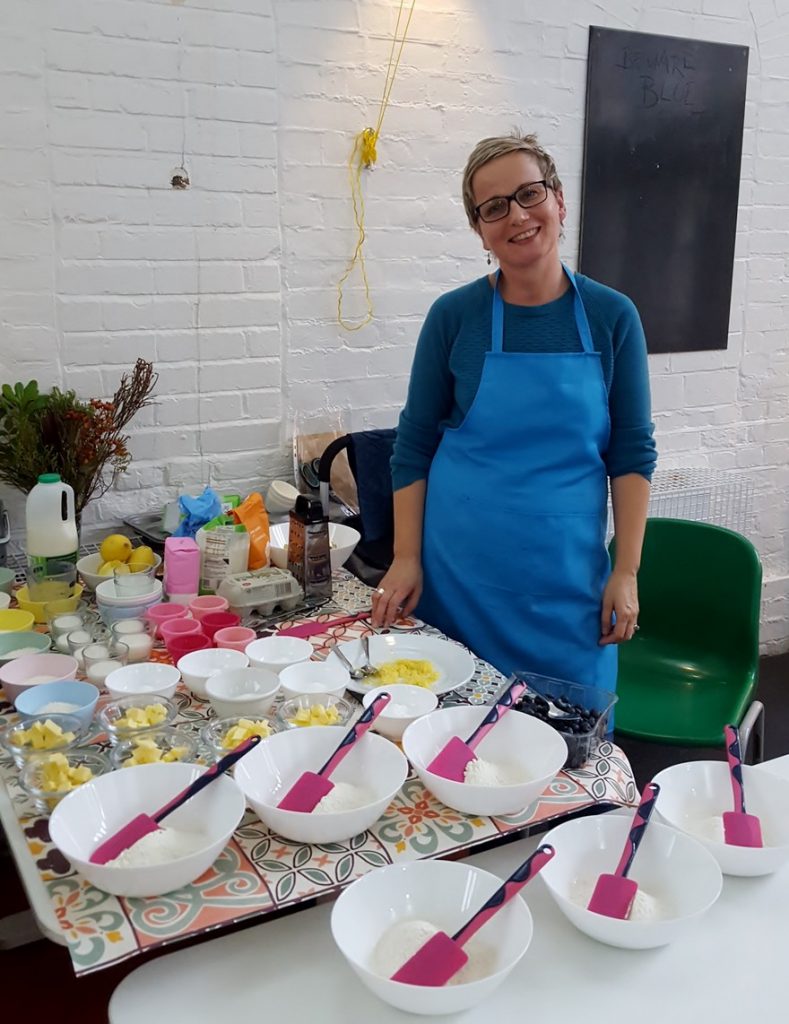 I love what I do for a living. Be it a community group or a private session in a client’s home, no two are the same. Each class is rewarding in a different way. Since I launched last year I’ve been reminded on several occasions about something very important – RESPECT. Whether you make biscuits with a little cute three-year old, a homeless person, someone with serious mental health problems or a bubbly teenager, don’t make an assumption. You don’t know their story. Don’t judge. Be for them, be with them. Listen, allow them some space. A true magic happens between sifting flour, kneading dough and licking fingers.

What a beautiful and exciting year 2019 was. I’m extremely grateful for every single thing that happened, every opportunity it presented. Now it’s time to bake our way to wellbeing in 2020!

My name is Agnieszka and I offer bespoke baking classes for all levels, from the complete beginner to those looking for more baking inspiration. I love to bake, and I love to share that passion with others. It all started for me back in 2002 soon after I opened my own playgroup in North West London and was encouraged by one mum to start baking classes. The classes were hugely popular with both children and parents and over time I have developed a repertoire of simple, delicious recipes. I now run classes in the community and focus on the wellbeing benefits of baking and the shared process of baking together. 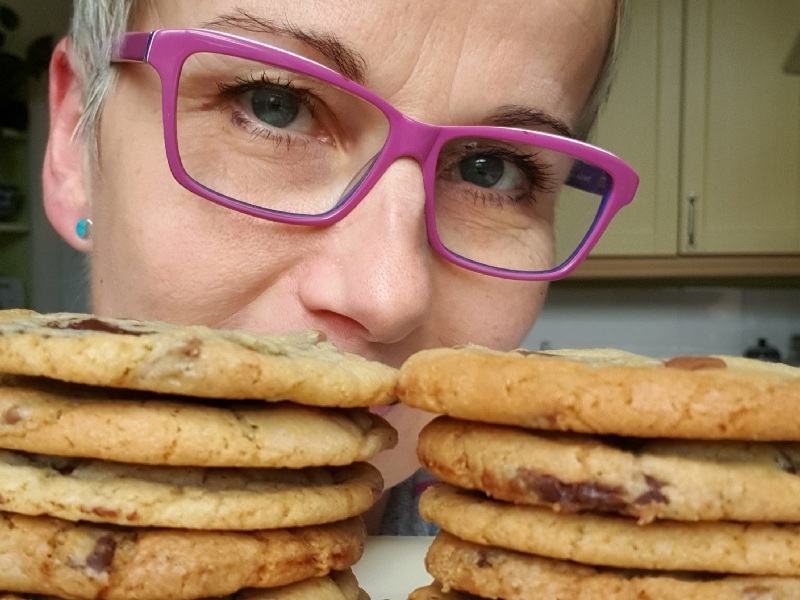 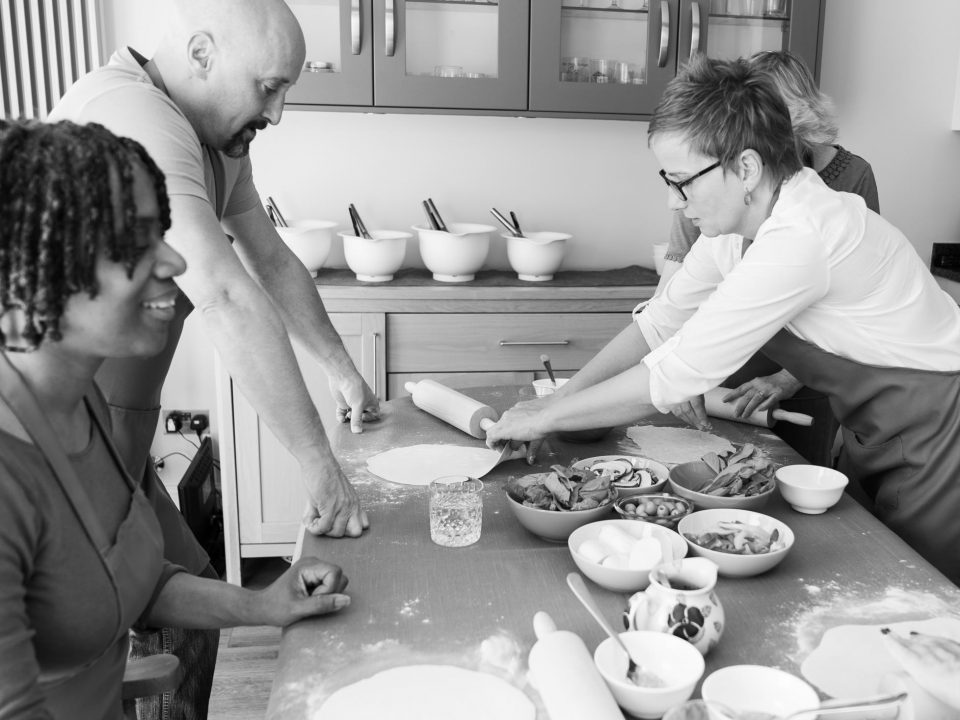 Not a Piece of Cake 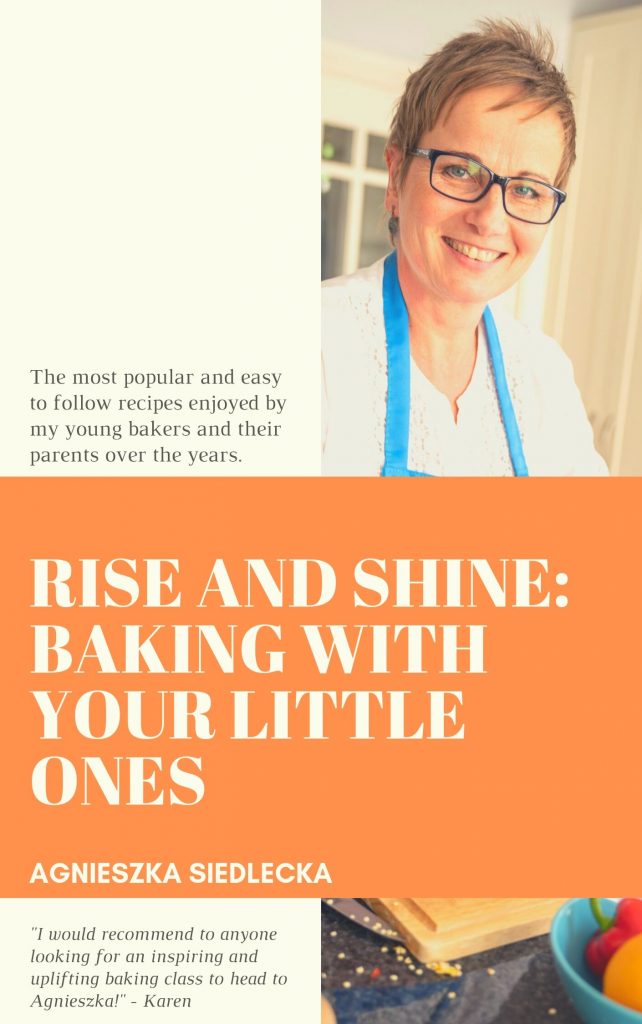 In 2018 I compiled a book of the most popular recipes enjoyed by my young bakers and their parents over the years. The recipes are quick and easy to follow and designed to suit a toddler’s attention span as well as the busy lives that most families lead. ‘Rise and Shine: Baking with your Little Ones’ is all about sharing with others my love for simple home baking.   My ambition is to publish the book independently in the near future so stay tuned for updates. 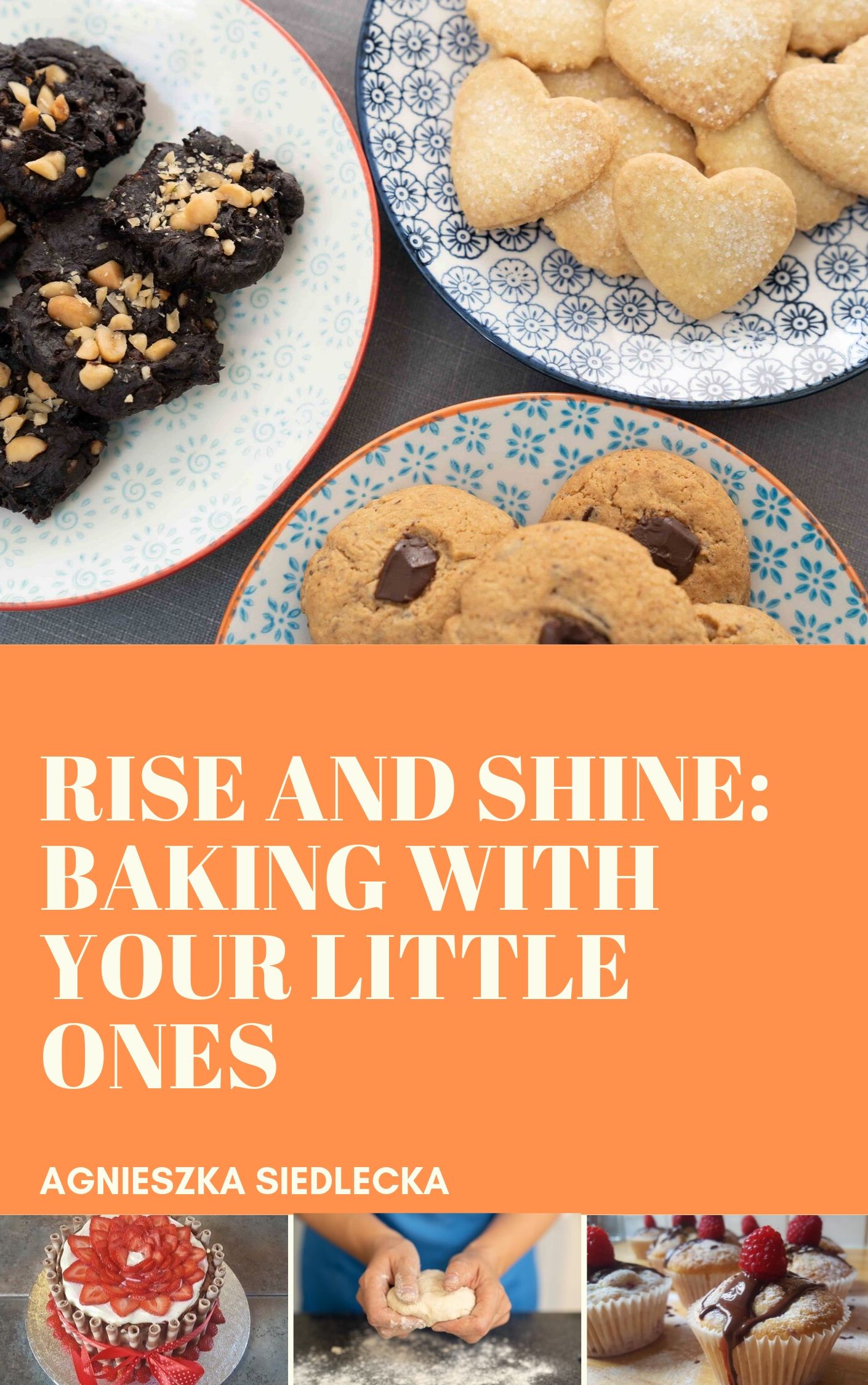 Your basket is currently empty.